To compete at the highest level, to progress again and again, to transmit knowledge in perpetual evolution. These are the three ambitions of the Swiss and Spanish rider. 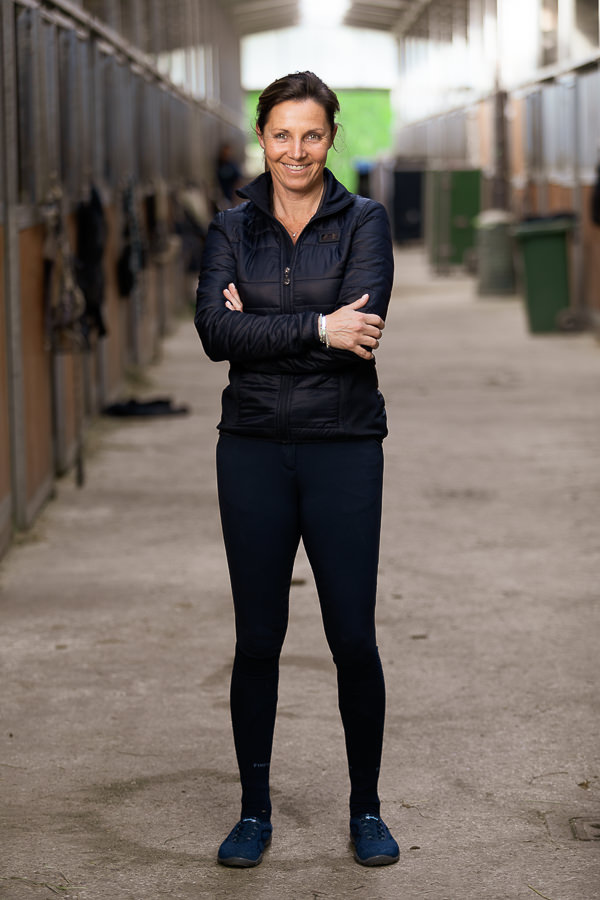 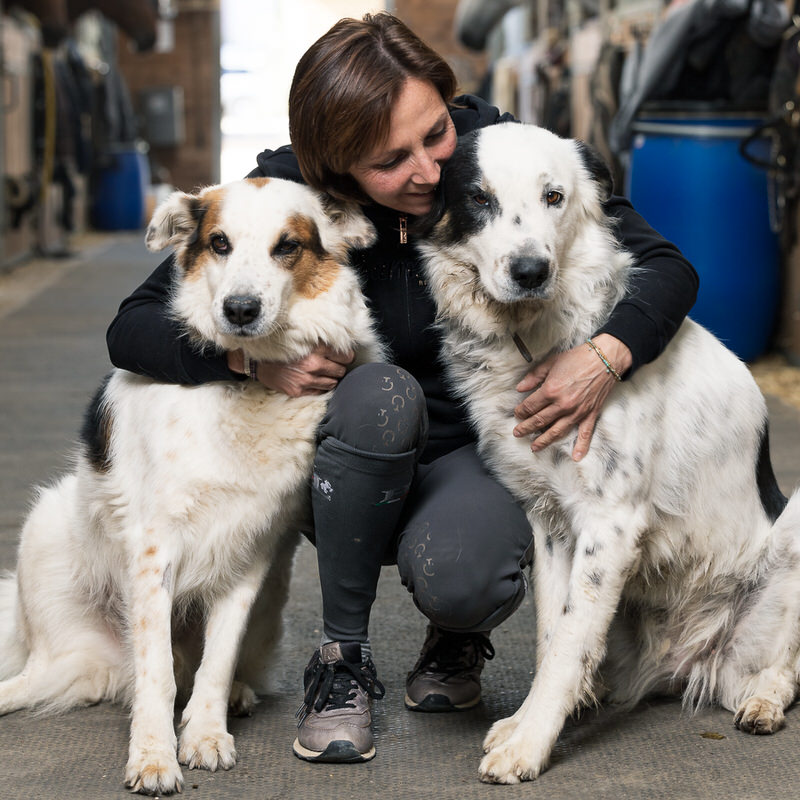 “After putting in pause my participation in Swiss competitions, some thought I had stopped competing all together. I just took a new path…”, smiles Patricia Segura. Discreet, the experienced rider doesn’t like to get ahead. “I don’t know how to sell myself, I’m not very interested…” she confides. However, the young “quadra” has never competed as much as she has in the last two years. But from now on, it is all over Europe that, under the Spanish banner, she defies the bars, well positioned in the footsteps of her mentor, the Italian international rider, Luca Moneta. “Luca gives me the opportunity to follow him on major international competitions. I am lucky to have become his student…”, she explains. A chance that owes nothing to luck, as the meeting of the two riders seemed to have been written.

The first time she saw him evolve, Luca Moneta rode a horse she knew well in Rome. And for good reason, she broke it in herself and rode it until it was six years old before having to part with it. “When I saw what Luca was able to do with such a sensitive horse, it impressed me,” she recalls. A few years later, another horse will precipitate their meeting.

Patricia then took charge of Champs d’or, a young horse that seemed to suffer as soon as he was ridden or even approached. “He was like tetanized with pain. We couldn’t get anything from him…”, describes Patricia Segura. She had him examined by the Swiss veterinarian, Thomas Wagner, who came to the conclusion that the illness he was suffering from was not of physical origin. Therefore healthy in body but for his mind the specialist’s recommendation was based on a single name: Moneta.

Immediately, the cap was set for Italy. “Luca had never seen a horse in this condition before and the other horses systematically attacked him”, continues the rider. In a few months of work, Luca Moneta managed to calm the animal down and restore the instinct and dignity it seemed to have lost. And above all, to make him accept the presence of a rider on his back. “Since then, Champs d’or has shown everything he can by ranking in 130 and 140 on the 2019 Sunshine Tour. This horse has genius,” enthuses Patricia Segura.

Based on the observation and understanding of the horse’s personality, Moneta’s method, known as the natural approach, aims to find the right compromise: to be accepted and understood by the animal while preserving its body and mind. 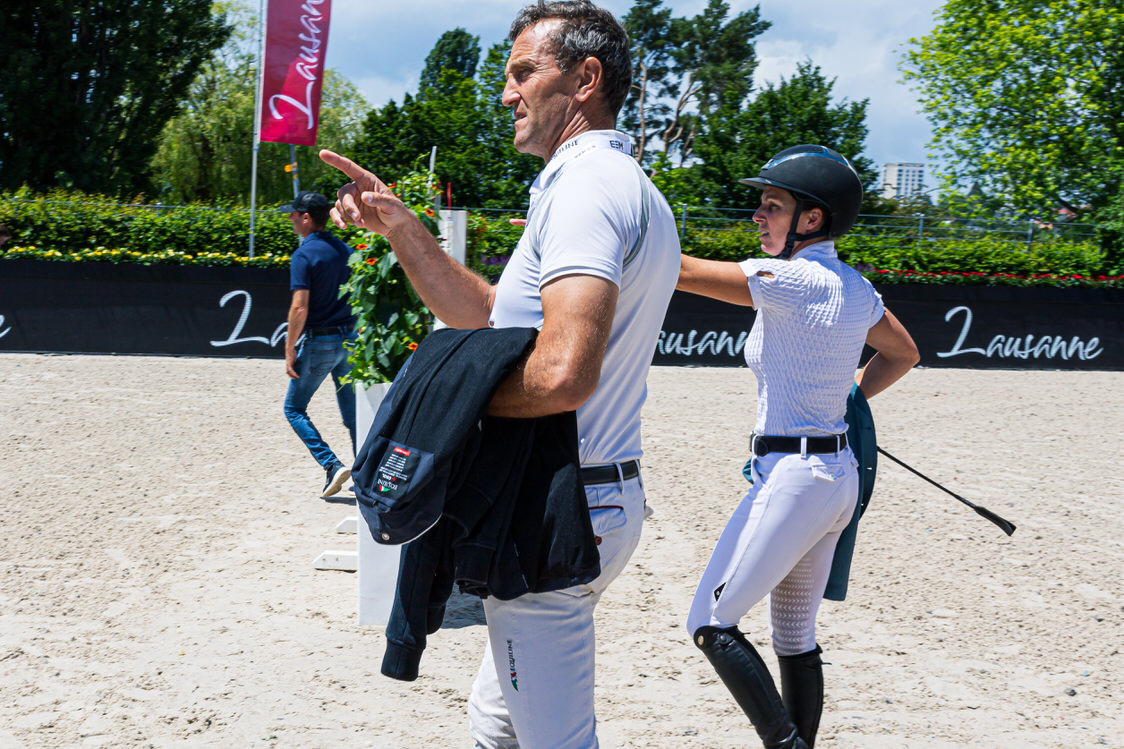 “Working with Luca, I learned speed and regained feelings I had as a child with my first mare… “

A method in freedom – without spurs, without large mouthpieces or complicated chambons – in which Patricia Segura immerses herself. “Working with Luca, I learned speed and regained feelings I had as a child with my first mare. At the time, without knowing it, I was always letting her add an extra stride in front of the bars because I felt that it was the right thing for her,” she says.

Since the beginning of her collaboration with Moneta, the good results in CSI have followed one another, even if Patricia Segura measures the experience she still has to acquire on the major events. She therefore multiplies competitions and training in Uggiate-Trevano, near Como in Lombardy in the equestrian area of Luca Moneta. At the same time, she continues her teaching and coaching activity in Geneva (Switzerland) at the Centre équestre de Versoix – La Bâtie where her private stable has been in residence for five years.

An organisational challenge for the Segura Horse Team’s management, but above all an opportunity for all the students to benefit from a constantly evolving experience with no filters. “In my classes, I do what Luca does with me. I bring something new to their riding and when my students feel they have understood, I send another one… Even if the basics remain important, I want them to learn to feel without using their heads too much.” says Patricia Segura, who is determined to pass on all the good things that this second life brings her.

Patricia Segura started riding at an early age. At the age of 18, she chose to make it her profession despite family reticence and followed an apprenticeship as a horsewoman under the direction of the Geneva master rider, Francis Menoud. He will teach her the basics of the job, the values of effort and respect for the animal. With her CFC in her pocket, she remained at his side for three more years, completing her training with a Federal Certificate and numerous training workshops. She then worked as an independent, first as a travelling horsewoman, then within various breeding farms in the French-speaking part of Switzerland, specialising herself in the training of young horses. In 2012, a breeder noticed her and entrusted her with her younglings, with which she competed first in Switzerland, then today throughout Europe up to the grand prix level. Check her profil IEF.

JOIN US NOW
Page load link
By continuing to browse this website, you agree to the use of cookies to ensure its proper functioning, but also to compile visit statistics (Google Analytics) and to allow the use of Google Map. Settings Ok

By unchecking the box, you refuse Google Analytics tracking. To save this choice, you agree that the cookie called "privacy_embeds" may be placed in your device for a period of time that does not exceed 3 months.
Go to Top